Update from the GAA on progress of the Casement Park project. 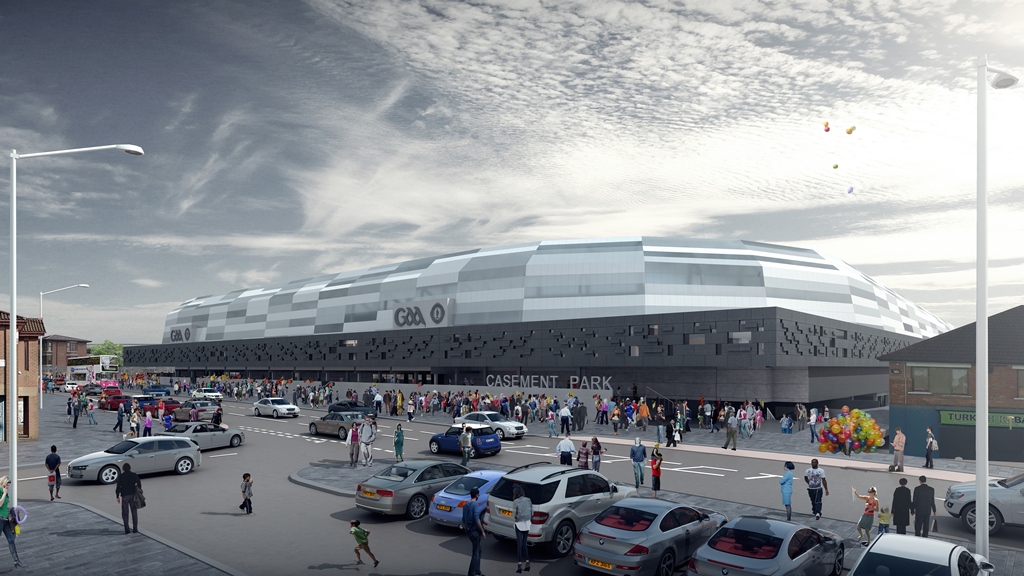 Today the GAA has written an open letter to clubs and counties across Ulster regarding progress of the Casement Park project. Read the letter in full here…

“This summer we reached the milestone of the 65th Anniversary of the opening of Casement Park in Belfast, Ireland’s second city.

The Ulster GAA’s Project Board has been charged with the responsibility of bringing forward the new Casement Park GAA Stadium and they continue to work intensively to bring the project to fruition. In doing so they rely on the support of a specifically dedicated Executive/Technical team along with an expert team of consultants and award-winning architects Populous, who were the designers of the London Olympic Stadium, New York Yankee Stadium and the re-developed White Hart Lane.

Planning permission for the new Casement Park was granted in December 2013 but was quashed a year later by the High Court in Belfast following a judicial review taken against the Planning Service.

On 28th February 2017 a fresh planning application was lodged. This followed an extensive and unprecedented 32-week public consultation process, with 95% of respondents favouring the project.

The design approach was heavily influenced by that public consultation, resulting in significant reductions in the capacity, scale, height and mass of the stadium building. The planning application has since drawn almost 2,500 responses both from the general public and from a number of designated statutory consultees, with more than 70% of the responses positive and supportive towards the project. Where matters have been raised by statutory authorities and public comments, these have been comprehensively responded to by way of a subsequent Further Environmental Information Submission by the Project Board in May 2018.

We now await the conclusion of the planning assessment process and look forward to a formal recommendation from the Department for Infrastructure and an ultimate decision on our application. Our expectation is that it will be in a position to conclude its assessment on the application over the next couple of months and move to prepare a recommendation report.

Due to the collapse of the devolved institutions and the recent Court of Appeal judgment on the matter of the ARC 21 Planning Application it is unclear what will happen when the Planning Service has concluded its assessment.

What is clear however is that as a major strategic project, in infrastructure terms, we are not alone. While we are frustrated with the delays we have faced to date, we remain entirely focussed on bringing the project to a successful conclusion. In our ongoing dialogue with other project developers, civic leaders and elected representatives we ask simply for one thing. In the context of the future governance and decision-making arrangements that may be negotiated politically, that Casement Park is not allowed to suffer further delay and that our members throughout Ulster and further afield should not be disadvantaged by the ongoing absence of a modern fit for purpose home for the GAA in the city of Belfast.

We will continue to use all the resources at our disposal to make that case on behalf of the entire Association.

We also wish to make clear from a strategic GAA perspective that there is not and cannot be a ‘Plan B’ in the context of a major provincial stadium at Casement Park. As our members are aware this is our third attempt (including the Maze/Long Kesh stadium) to deliver a modern fit for purpose venue for Gaelic Games in the Greater Belfast area. To give proper respect to the various planning and environmental issues, not to mention the funding provided by the NI Executive and the GAA, our previous work in this regard has been completed and we are entirely committed to seeing this project through to completion.

Despite the setbacks, the GAA at Central Council, Ulster Council and Antrim GAA remain resolutely committed to the delivery of our new Provincial Stadium and home to Antrim at Casement Park. The Project Board continues to work closely with the Department for Communities in the context that the new Casement Park Stadium will complete the full delivery of the Regional Stadia Development Programme for the main field sports of Soccer, Rugby and Gaelic Games as set out in the last Programme for Government.

The new Casement Park will provide an iconic GAA stadium in Belfast, incorporating the following features:

* Fully covered spectator accommodation for a capacity of circa 34, 500

* Covered seating for 26,000+ spectators and covered standing accommodation for circa 8,200

* Ultra-modern amenities for spectators including restaurants and bars

* Modern facilities for players including 6 changing rooms, warm-up facilities and a players’ lounge

* Non-match day facilities to cater for community and business events

We thank all our members, constituent units including counties and clubs for their ongoing support and forbearance as we dealt with and faced up to the various issues and delays encountered by the project over the last number of years.

As we near the completion of the formal planning assessment process we ask you to continue to ensure that you have registered your views on the planning portal by following the link within www.casementpark.ie/planning-application/ or by writing to DfI Planning, 10 – 18 Adelaide Street, Belfast.

We will provide a further update prior to the end of 2018 on the progress of the planning application.

Signed on behalf of the Casement Park Project Board by;