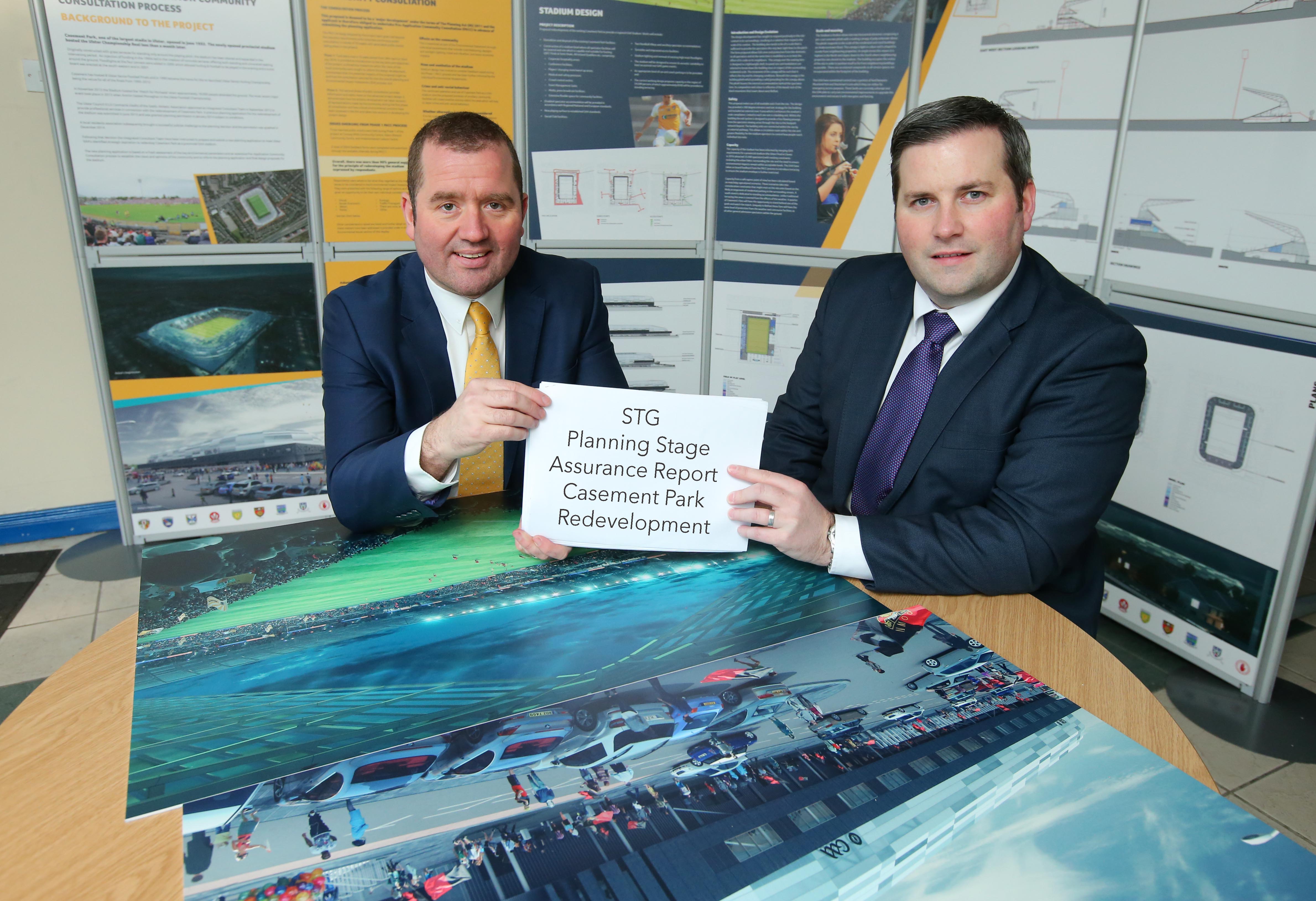 The STG which acts as an advisory body to the Department for Communities for the three pronged Regional Stadia Programme, has provided a positive assessment of the stadium design and safety management elements of the project at the pre-planning stage.

Safety design elements as part of the proposed Casement Park stadium include a 360 degree entrance and exit strategy for the building and external areas which enhances the stadium’s code compliance. The stadium exit system has been designed to provide a free flowing passage from the spectator viewing areas through the site to the footpath network beyond; the circulation routes also allow greater flexibility for the stadium operations and enhances the spectator experience.

The STG report states that the GAA’s proposed Casement Park Stadium Design and Management Plans are sufficiently developed, and in accordance with safety legislation and guidance, at this stage to provide a sound basis for development towards the GAA target capacity of 34,186.

The Ulster GAA has fulfilled its obligations in respect of the code compliant elements of the stadium design and operation at this stage of the process. The STG as part of their ongoing post planning submission assurance work are commissioning a Movement Consultant to analyse the interaction between pedestrians and vehicles for a hypothetical external emergency scenario. Whilst this work is primarily to assist the Emergency Services, the GAA will contribute fully to the STG process in the period ahead.

The STG’s Planning Assurance Report support the PAR recommendations regarding the future development of the project set out in August 2015 which recommended that “The Dept. should ensure that STG and the Casement Park design team reach agreement that there is a viable plan to support the design capacity of the stadium ahead of GAA submitting a revised planning application.”

Commenting Tom Daly, said, “With an unprecedented 32 weeks consultation we have engaged, listened and evolved our designs for a modern, safe and exciting new stadium at Casement Park, this report by the STG is a very positive endorsement of the project and a reflection of the great work that has been done by the team over the last 18 months.

“It has been widely acknowledged that the GAA has provided exceptional safety design material to the STG during the pre-planning submission stage and will continue to, as we progress towards the future safety certification. I’d like to take this opportunity to thank the Chair and members of the STG for their work and we look forward to continued positive engagement in the future.”