Surge in support for a new stadium at Casement Park 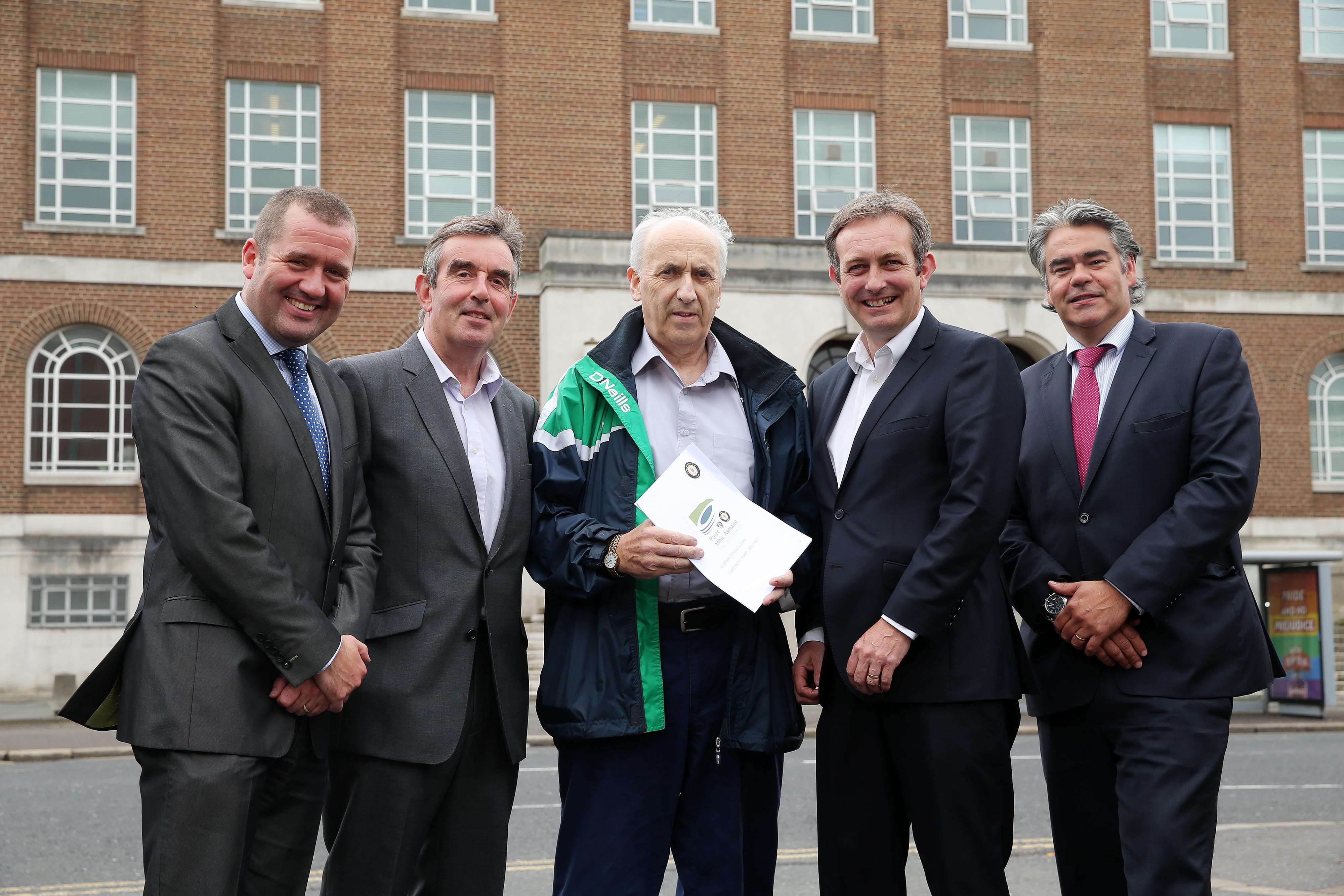 Casement Park’s proposed redevelopment has received overwhelmingly support according to findings from the first stage of the community consultation.

Since its launch in April almost 2,000 people have participated across a range of events and forums with 91% of respondents in favour of the project.

“I would like to thank everyone who has responded to the consultation so far, we very much welcome the feedback which has been vital in helping inform the designs for the new stadium.

There have been excellent ideas and proposals emanating from the local community of how to make Casement Park a community asset, which the design team are now reviewing. These ideas will help ensure Casement Park will be a facility everyone in West Belfast, County Antrim, Ulster and throughout Ireland will be immensely proud of and a stadium that the next generation of young people can aspire to play in. We will continue to provide opportunities for everyone to make their views known and will launch a fresh calendar of activity across Belfast and throughout Ulster to encourage further feedback once the designs are in place.”

The consultation has provided the Casement Park team with the opportunity to collect feedback from anyone with an interest in the stadium and take these views into account as the stadium designs evolve. The Ulster GAA updated the project design team, including world-renowned architects Populous, on the consultation findings with feedback collected during a series of events held across West Belfast. Responses were also collected from a number of unmanned displays with an online feedback form made available via www.casementpark.ie. The consultation is extending into a second stage beyond the 12 week process required and will continue to welcome views across all elements of the new Provincial Stadium. 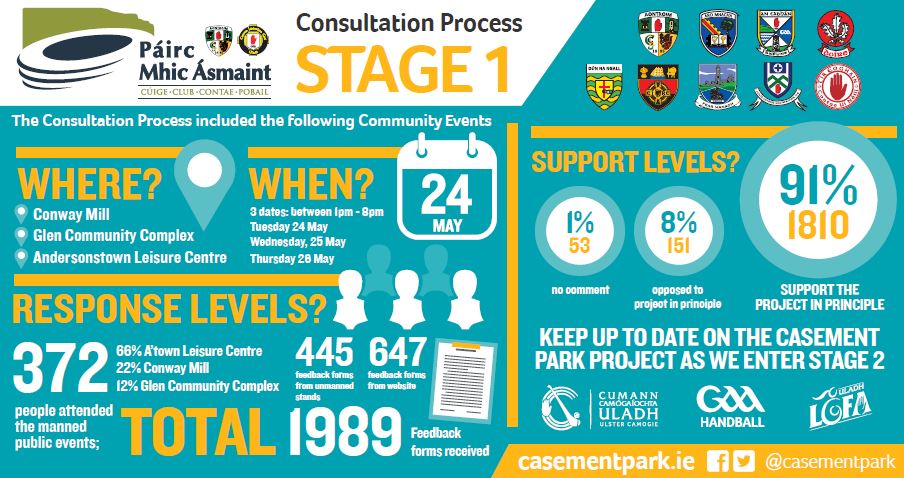 Amongst the concerns raised respondents stated that the scale and design should respect neighbouring properties and made suggestions on how the impact of the stadium could be reduced through measures such as lowering the pitch level or dropping the building elevation down. Feedback also highlighted the importance of the project as a strategic investment for West Belfast and a catalyst for further investment and regeneration.

The second stage of the consultation will commence when detailed plans of the stadium will be available for review with the findings of the Environmental Impact Assessment. The information provided to the community will include the proposed stadium design, and will demonstrate how the scheme has evolved and taken account of representations made by the community and other stakeholders. A fresh series of events will be held along with a host of other activities both online and across social media to keep everyone informed of the projects progress.

“We are delighted with the feedback we have received from the consultation’s first stage, the high response rate and positive feedback indicates there is a real desire to see a new stadium at Casement Park. We look forward to training opportunities, the creation of jobs and investment, growth for local business, tourism, and facilities, which will support the cultural heritage of Casement Park for the next generation. The feedback also highlighted areas of legitimate concern that we will look to clarify during the consultations second stage, whether concerns about capacity, transportation or the scale and design of the new stadium we have tasked our highly experienced team to address these matters in the emerging design. ” 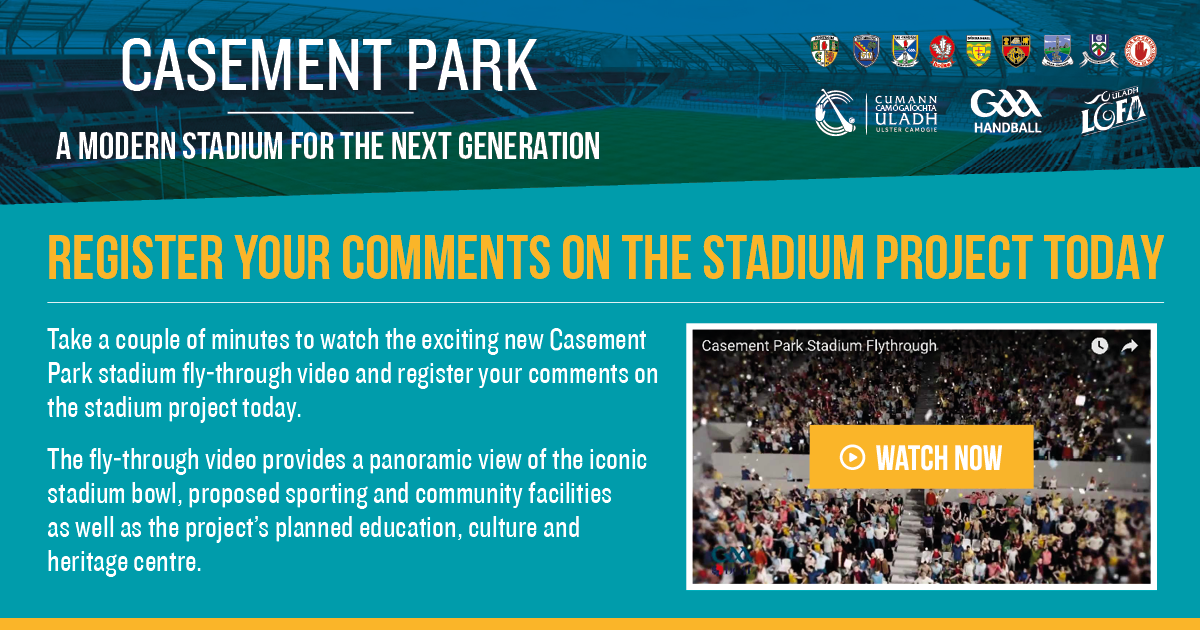